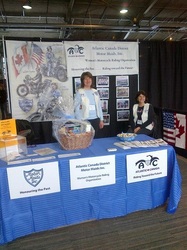 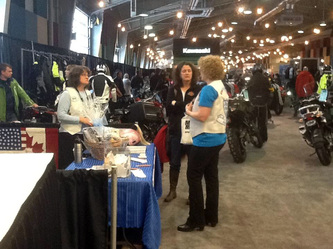 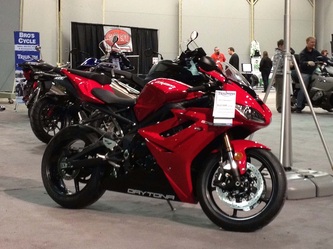 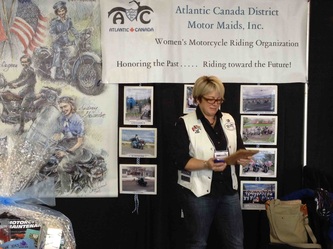 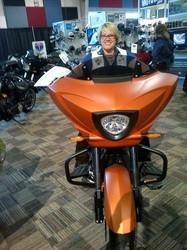 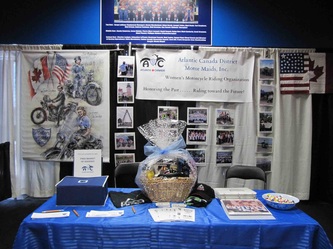 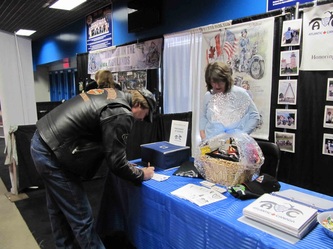 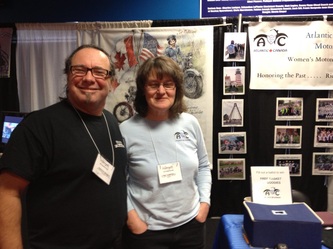 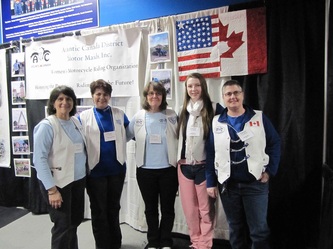 The Halifax International Motorcycle Show & The Moncton Motorcycle and ATV Show were big successes.  Each show included a snow storm, but those didn't keep people from getting their winter motorcycle fix.  We had approximately 1000 people fill out ballots for a chance to win the gift baskets, filled with motorcycle related and treat yourself goodies.  The lucky winners were Troy S. in Halifax, who picked up his prize on Valentine's Day (also his wife's birthday), and Mary S. in Moncton, a woman rider who wants more information about Motor Maids.

Among those who stopped by our booths, more than 50 women asked to be on an email list for more information, and we have had new members, already, as a result of the show contacts.  The number of women and men familiar with Motor Maids has increased, greatly, since we began having booths at motorcycle shows in 2006.  Many had heard of us through recent articles in magazines they subscribe to, with one man commenting that we were the white glove women.  One visitor said he saw a plaque in a Maine travel centre indicating Dot Robinson was there during her trip down Hwy. 1.  Another man told us of a woman he dated many years ago named Gracie who was a Motor Maid.  He tried very hard to remember her last name, but was not successful.